Elche is a city that offers countless possibilities to its visitors, from beaches, natural parks and gardens, to historic monuments, culture, gastronomy, leisure and sporting activities. It is also the only municipality in Spain that can boast of having three of its properties declared in different categories as UNESCO World Heritage Sites.

Throughout this article, you will discover and find out more about the three World Heritage Sites at Elche: the Palmeral (the Palm Grove), the Misteri d’Elx (the Elche Mystery Play) and the Pusol Museum. We will also show you other places of interest that you should visit and which make this city an extraordinary destination within the province of ALICANTE.

The Palmeral at Elche

The Palmeral at ELCHE, a unique cultural landscape with over 200.000 examples of palm trees, was included as a World Heritage Site in 2000. This recognition awards a historic natural space that has survived for over one thousand years.

The Palmeral has been inherited from the Muslim period, from which its layout and irrigation system still remain. This palm plantation, which characterises and enriches the city of Elche, was created for agricultural purposes: the production of dates. This space has been preserved throughout the years and, today, its role is more of a cultural landscape rather than an agricultural one, although it continues to be harvested. Another characteristic and exceptional property of this palm grove is the production of the white palm, which is used to create the palm crosses for Palm Sunday and which are sent out all over Spain and abroad.

To discover the Palmeral, we suggest a number of activities. Firstly, it is essential to visit the Palmeral Museum and the spectacular Jardín Huerto del Cura (the Priest’s Vegetable Garden) where you can see the Imperial Palm, a unique palm with seven branches. Secondly, you can take one of these routes: Ruta del Palmeral (Palm Grove Route), Ruta de las Palmeras Singulares (Special Palm Tree Route) or Sendero del Palmeral (Palm Grove Path).

Lastly, you can visit any of the three public parks located in the Palm Grove, such as the Municipal Park, Rey Jaime I Park and the Filet de Fora Park. You should also not miss a visit to the ELCHE MULTIADVENTURE, the city’s most entertaining and adventurous park. They put on sporting activities for all types of abilities, and always consider the environment. They have a climbing wall, a giant zip-line, archery and many more activities. 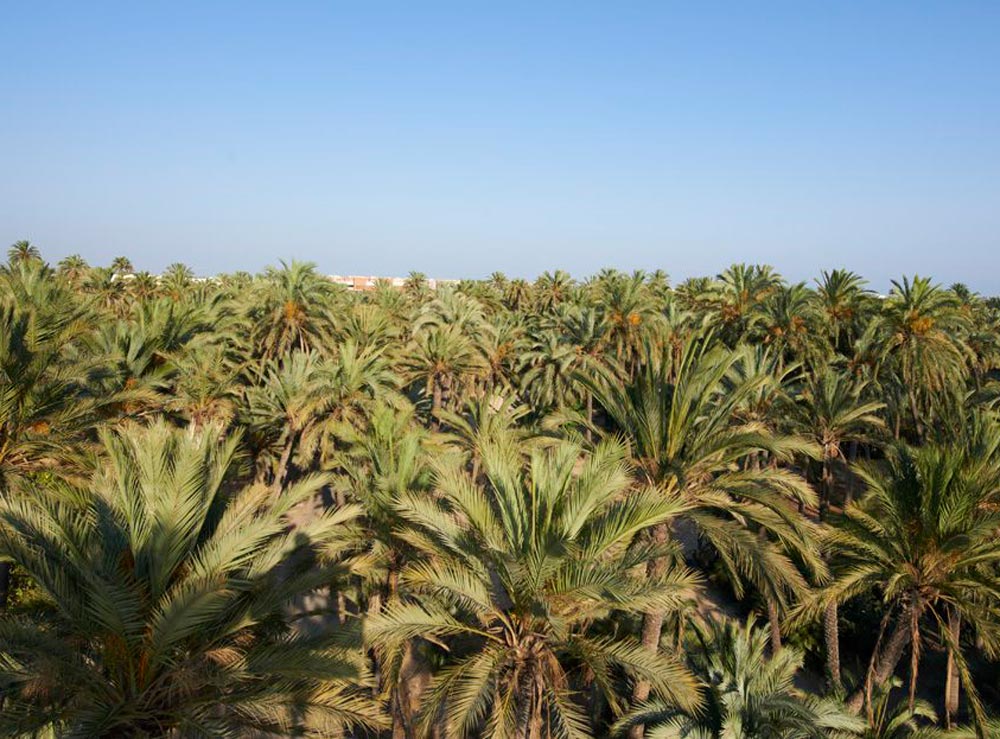 Another symbol of Elche’s identity is the MISTERI D’ELX. This play was declared a National Monument in 1931, and in 2001, it was declared by UNESCO as a Masterpiece of the Oral and Intangible Heritage of Humanity.

The performance consists of sung theatre. It is of medieval origin and is performed every year on the 14 and 15 of August in the Basílica de Santa María to celebrate the festival of the Assumption of the Virgin Mary, who is the patron of the city. The performance is in two acts: la Festa (the Feast) and la Vespra (the Vigil).

If you are not in Elche during the dates of the performances, you can visit the Museo Municipal de la Festa (Municipal Museum of the Feast) where you can learn more about the history and the elements that make up the Misteri D’Elx: the staging, instruments and outfits. You can also visit the Basílica de Santa María, the historic monument which is most representative of the city and where the performance takes place. Here, you will discover the large cupula that forms part of the Misteri staging, you can go up into the bell tower and you can visit the Museo de la Virgen (Virgin Museum), located next to the chapel. 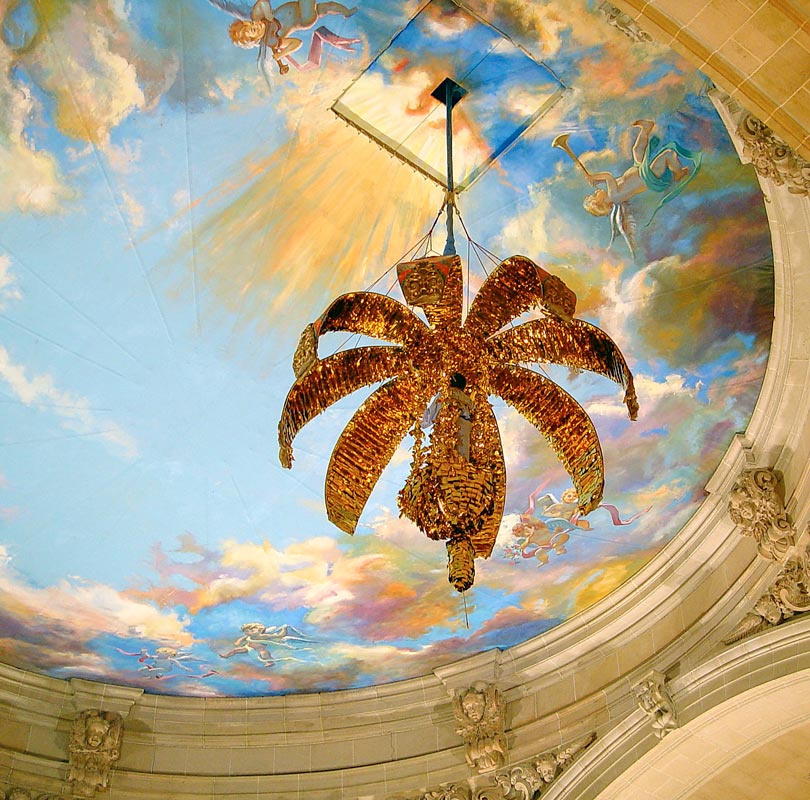 The Centre for Traditional Culture Pusol School Museum was begun in 1967 as a school activity whose objective was to save the memory of the rural trades that were beginning to disappear. The cause of their disappearance was the mechanisation and substitution of traditional forms of work.

From that time, many Elche citizens have put their all into this project to conserve both the cultural goods and the heritage of Elche. Education, training, donations and the cooperation and participation of the citizens has been fundamental in taking project this forward.

In 2009, international recognition of the value of Elche’s heritage led to the granting of the UNESCO award for the Register of Best Practicesfor the Safeguarding of Intangible Heritage.

Today, the Pusol School Museum has both an internal and external itinerary, as well as other services such as parking, catering areas, a library and a school.

The interior route goes from the hall which exhibits traditional living, it passes through the traditional trades to the exhibition hall and the conservation and restoration workshops. The exterior route allows you to enjoy the school vegetable garden and an interior garden with native plants and items that were used for working in the fields. 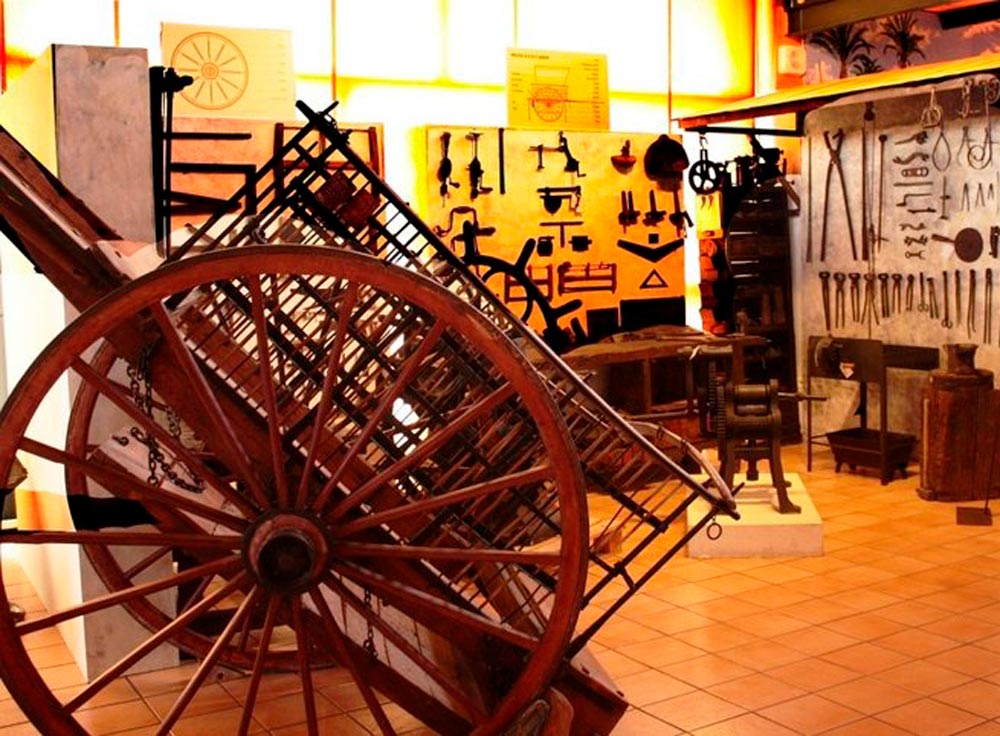 If you want to discover the three heritage sites of Elche and other monuments in the city, at LARA CARS you will find the perfect hire car to suit your requirements. This way, you can travel around the whole municipality easily and safely. As well as discovering the history and culture of the municipality, you will also be able to enjoy the excellent traditional gastronomy of the area.