There are many reasons for visiting Torrevieja, a destination that will delight you, capture your heart and that you will always want to return to. But undoubtedly, and with the consent of the beaches, the jewel in the crown of this coastal Alicante municipality are the Salt Lakes. They are one of the most important wetlands, not only for the Valencian community but also for the entire east coast of Spain.

The history of Torrevieja would not be complete without its famous “salinas” (salt lakes). Their official name is the Natural Park of the Lagoons of La Mata and Torrevieja. They consist of an immense natural area of over 3.700 hectares located in the region of Alicante known as the Vega Baja del Segura. Although Torrevieja is the municipality that is most closely associated with them, they also belong to other municipalities:  Guardamar del Segura, Los Montesinos and Rojales.

The salt lakes can tell us a lot about what this part of the Valencian Community was like hundreds of years ago. In fact, there are natural parks by the salt lakes: El Hondo and las Salinas de Santa Pola. These form a triangle of wetlands that are of great importance for the life cycles of various species and their migrations.

In reality, the Salinas consist of two lagoons that are separated by a channel called El Chaparral. They are also linked to the sea through important canals which, in turn, assist with the production of salt in the area. The two lagoons are the Torrevieja, which covers 1.400 hectares and the La Mata lagoon, which covers 700 hectares. At both of these, water is collected through a series of gulleys and watercourses which originate in the mountains of San Miguel de Salinas. 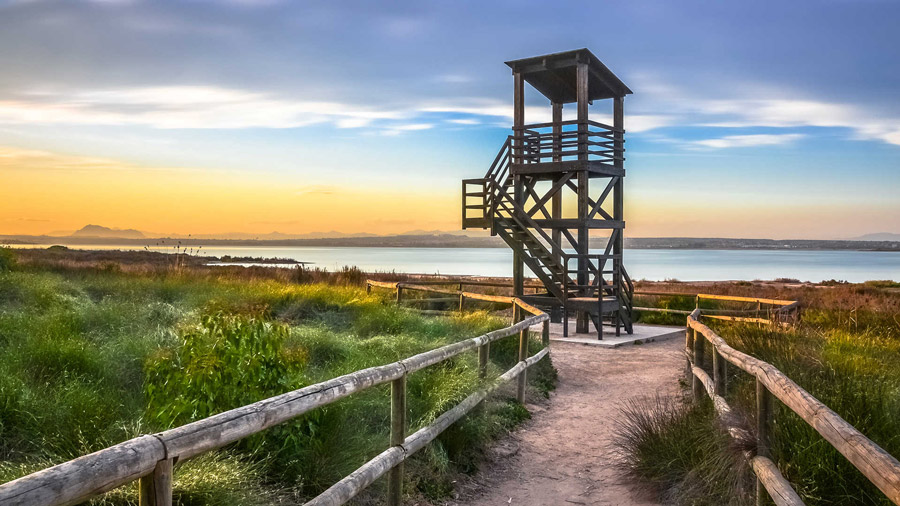 The history of the Salinas

According to experts, this park used to occupy an immense amount of land, but it has gradually been reduced over the centuries. Currently, it enjoys over 3.000 hours of sunshine each year, with warm summers and mild winters. This fact favours its biodiversity and makes it a good place in which to live or to visit regularly to see the migrations of thousands of different birds.

It is believed that the Salinas de Torrevieja were already being harvested as far back in the 14th century. In the early 1300s the area of the park which is Torrevieja today, was given to Orihuela by the Crown. Later, it was also given the La Mata area which, up to that time, had belonged to Guardamar. Everything changed when, in 1398, in a gesture of goodwill towards the inhabitants, the Crown invited them to transform the Torrevieja lagoon into coastal lagoon for the purpose of harvesting fish.  However, after almost a century of evaluation, the high salinity put an end to the project.

Since the 15th century, the La Mata lagoon has been one of the main centres in the Mediterranean both for harvesting and exporting salt. Ships would come to Torrevieja from all over Europe to buy salt. In 1759, the ownership of the Torrevieja lagoon passed to the state under the management of the administrator for the Royal Salt Lakes of La Mata. From that time, they have continued to harvest salt and export it all over Europe. Then, in 1988, it was declared a natural park by the Valencian Government in order to protect it, until it gained conclusive protection in 1996.

Who lives in the Torrevieja salt lakes

In the salt lakes natural park, which is crossed by the N-332 road, you can take an exit at the Torrelamata district where you will find an Interpretation Centre with information about the park and an itinerary for visits. During your visit, you can enjoy all the bird species that live in this enviable natural park at different times of the year.

Among these, the flamingo is the most notable. They are accompanied by black-necked grebe, stork, common avocet, Kentish plover, common tern, common shelduck, Montagu’s harrier, little tern, Eurasian stone curlew and brine shrimp, among others.

Do you know about this important Mediterranean wetland yet?  Hire a car with us, charge up the battery on your mobile so you can film some amazing videos, take numerous photos and enjoy switching off in a location that is beautiful, historic and magical. We’re looking forward to seeing you! 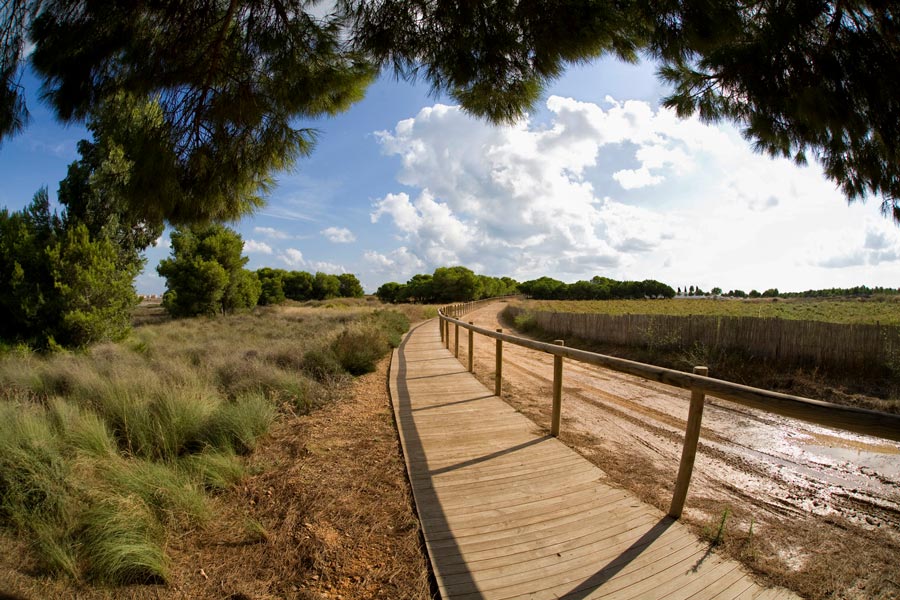