With sunshine virtually 300 days a year, Alicante stands out for its varied cuisine, its beaches and its festivals. That’s why it’s known as la millor terreta del món, literally, the best place on earth. 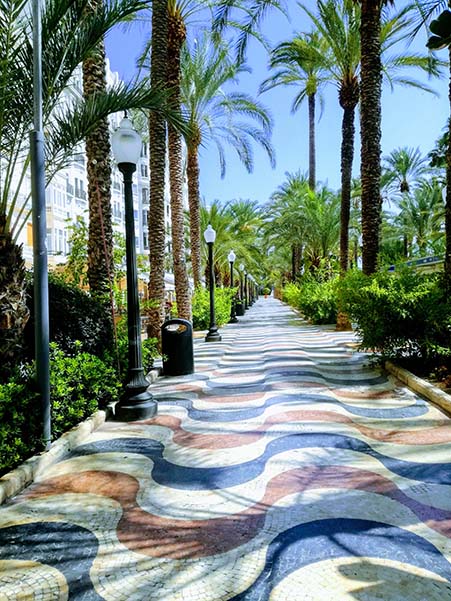 A fortification standing on Mount Benacantil and considered the most iconic landmark of Alicante. You can find it in the city centre, overlooking the bay. Seen from the harbour, the mount has the shape of a face, known as la cara del moro (the Moor’s face).

It was built by the Arab conquerors in the 9th century. A place of great strategic importance, it was preserved until the 13th century, when it was recaptured by the Christians. In the 16th century it was refurbished by order of Felipe II and during the War of Succession it suffered important damages. During the Spanish Civil War it was also used as a prison by both camps. Today it often hosts different festivals and exhibitions.

Santa Barbara Castle is accessible by car, on foot or by lift. We recommend walking up through the neighbourhood of Santa Cruz; it’s lovely. It’s one of the spots in Alicante that you can’t miss, firstly because of its history, and secondly because of the breath-taking views across the city. 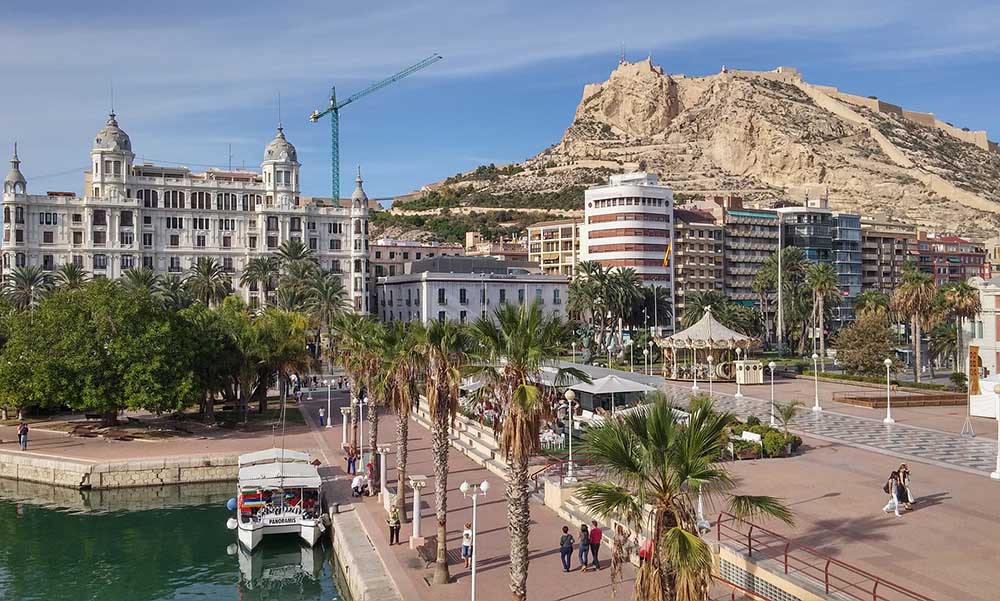 Situated on the foothills of Mount Benacantil, it’s a picturesque quarter full of low houses with white facades, balconies and colourful grilles. Nearby you can find the nightlife area par excellence in Alicante, dotted with excellent small pubs.

Here you can also visit the Co-cathedral of Saint Nicholas, Alicante’s main church. The exterior depicts a Renaissance style (17th century) and the older 15th century cloister was built in Gothic style. The best time to visit Santa Cruz is during the Cruces de Mayo festivity (May Crosses), as it’s stunningly adorned with colourful flowers. 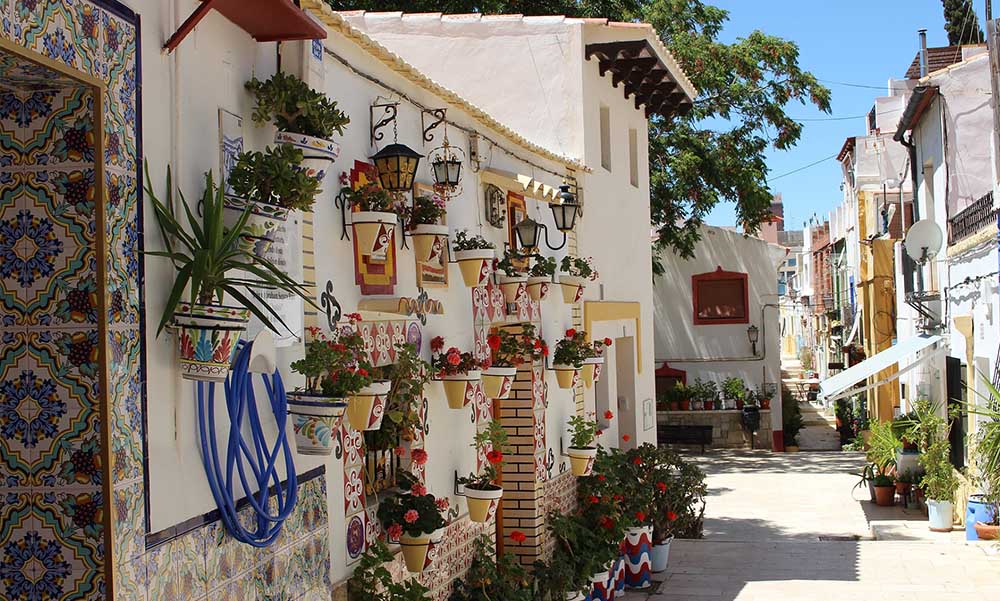 You can’t come to Alicante and not take a stroll down the Explanada de España promenade. It runs alongside the port and stands out thanks to its unique paving: 6 million red, blue and white marble floor tiles creating a wavy form that resembles the Mediterranean. Lined by palm trees, you can also have a look at the lovely arts and crafts stalls. Here you can also admire the Casa Carbonell, one of the most emblematic buildings of Alicante.

In the harbour you can see luxury yachts as well as traditional boats and small recreational boats. There are lots of cafés and restaurants or you can also enjoy a variety of other entertainment options like the fantastic casino or a life-size replica of the warship Santísima Trinidad, which took part in the Battle of Trafalgar. 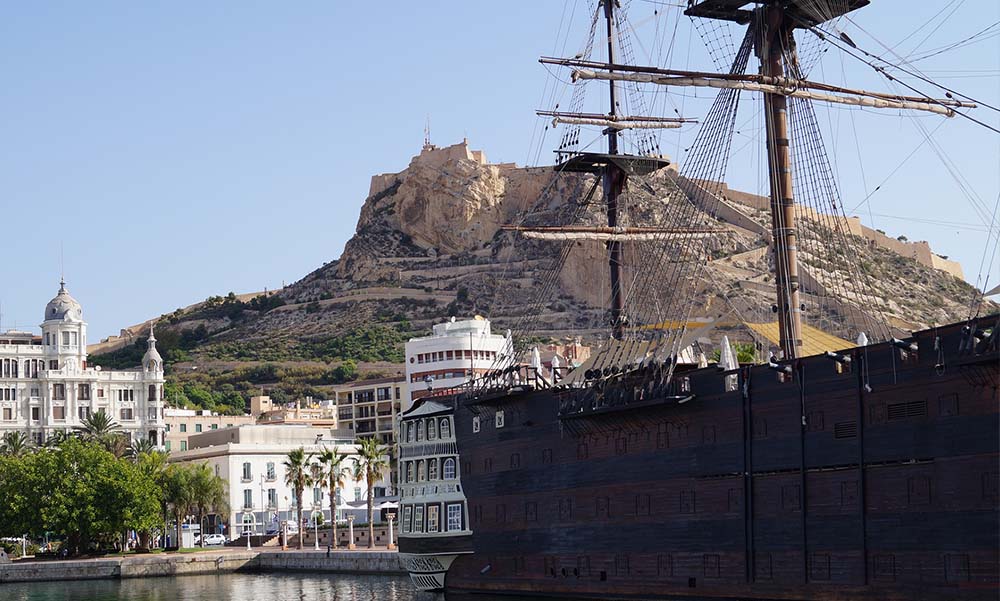 At the end of the Gadea promenade, you can visit the oldest park in Alicante which stands opposite the seafront. Designed by José González Altés in 1886, the real stars of Canalejas Park are the massive century-old ficus trees. They’re guarded by stone lions and dogs, an allegorical monument to Alicante-born writer Carlos Arniches, part of the Generation of 1898 movement.